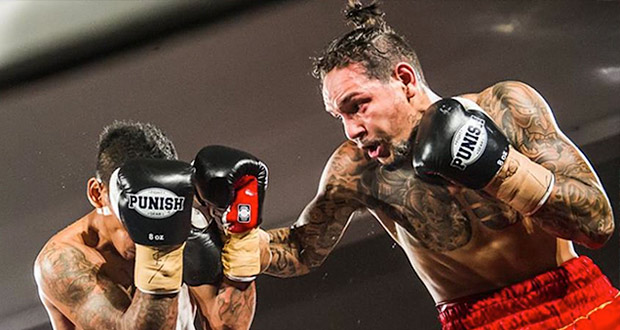 THE word talent and Paul Fleming have been synonymous since the Indigenous ace first laced on a pair of gloves as a boy.

In an exclusive interview with Aus-Boxing, the aptly nicknamed “Showtime” touches on his future plans to fight for a world title, his renewed ties with the famed Top Rank, and how he felt after returning to the ring last November after an eighteen month hiatus from the sport.

Nobody that follows the sport of boxing can deny the rich talents of Queenslander, Paul Fleming. The 26-year-old is back in the ring after taking an eighteen month break due to family reasons.

The highly skilful former Olympian and Commonwealth Games representative says he has never been in a happier place and claims that he is ready to make a serious run at the sport he loves dearly.

“Having time out of the ring was hard man, really hard,” said Fleming in an exclusive interview with Aus-Boxing. “Having a very sick child is scary. My mind just wasn’t on boxing at the time and I felt my priorities needed to be with my family,”…read story >