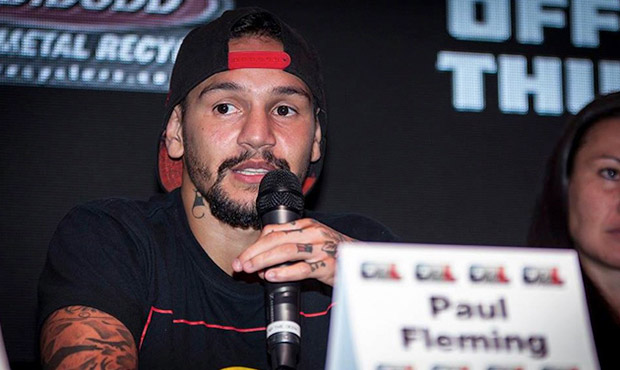 In that time, Fleming returned home to Queensland, where he started a family and focused on being a father. After a prolonged absence, he returns tomorrow night in Perth against former world title challenger Angky Angkotta.

“I’ve had about eighteen months out of the ring now,” said Fleming in an exclusive interview with Aus-Boxing. “I took on the responsibility of being a father. My partner hasn’t been the healthiest person, when she was pregnant with my second son it really knocked her around.”

“So I needed to take some time off and really be there to try and help out and support her as much I could. After my son was born and at about two months old, he got a bacterial infection that went to his blood and he nearly died.”

“I had to take a step away from boxing and really make sure he was okay. So I’ve really just had to bide my time to get back in there.”…read story >