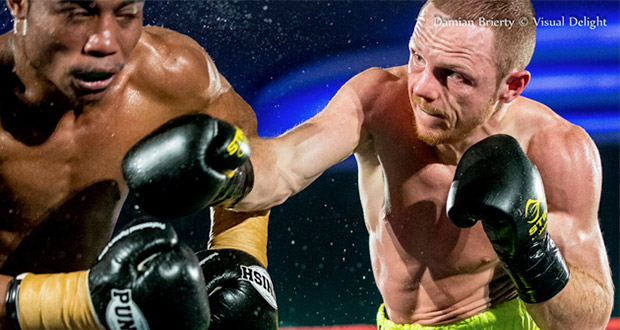 LUKE Jackson’s persistence and determination to secure an Australian title fight have paid off, with the Tasmanian securing a March 14th date with Australian featherweight champion Will Young.

Jackson, 30, will fight in his fourth state as a professional, travelling interstate to the hostile territory of Toowoomba, where Will Young, 30, will face the former Olympic captain in his first title fight in the paid ranks.

“I feel great, my team has worked hard to get me this fight and I would like to thank Will Young and his team for the opportunity,” said Jackson in an exclusive interview with Aus-Boxing. “This year I had no Christmas, New Year or thirtieth birthday celebrations because I knew this fight would take place soon,”

In Young (4-3, 2 KOs), Jackson is facing an enthusiastic albeit limited champion, who previously lost to fighters of a lower calibre to that of the unbeaten prospect. However, Jackson (7-0, 3 KOs) isn’t taking anything for granted in the lead up to the biggest fight of his career…read story >