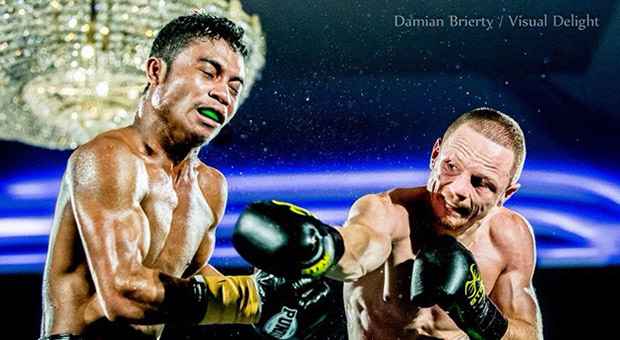 TALENTED featherweight prospect Luke Jackson is looking to make up for lost time.

With a portion of his year derailed due to an untimely hand injury, the undefeated Tasmanian closed out 2014 strong, fighting twice in the space of eight weeks.

Having now had seven fights in the paid ranks, Jackson (7-0, 3 KOs) is looking to ride into next year with wet sails, with intentions of challenging for the national strap in his first fight back.

“I started this year off well, with a good win over Hwi Jong Kim in February but then broke my left thumb in my next fight, knocking out Sam Rogers in the second round,” said Jackson in an exclusive interview with Aus-Boxing…read story >