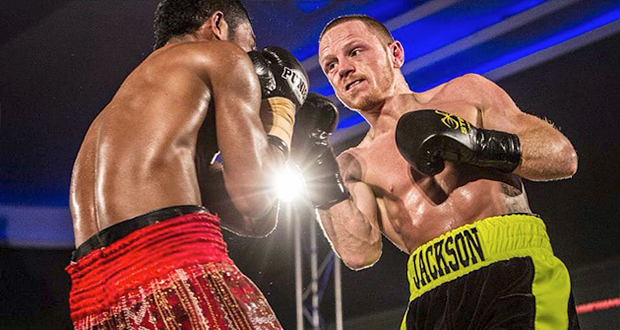 A highly decorated amateur career moulded Luke Jackson from a budding prospect to national champion through to becoming a seasoned veteran.

He travelled the world, earned a podium finish at the Commonwealth Games before proudly captaining Australia at the London Olympics.

Those were all long standing milestones that the goal-orientated and highly driven Jackson set long before they were achieved. However, it’s his latest challenge that appears the most unlikely out of all the coveted accomplishments Jackson has earned.

On Saturday night, Jackson (7-0, 3 KOs) challenges reigning champion Will Young (4-3, 2 KOs) for the Australian featherweight title in the hostile surroundings of Rumours International in Toowoomba. Given that Jackson vowed to never turn professional, his potential Australian title success will be all the more remarkable…read story >