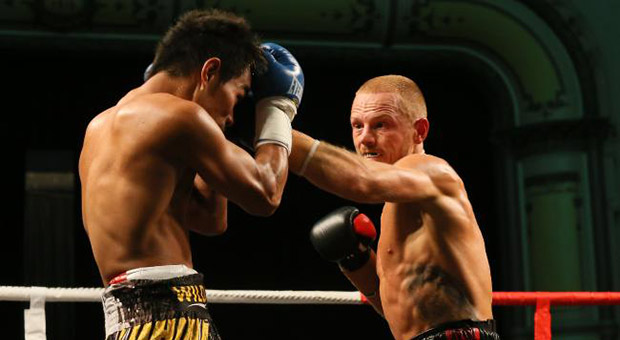 HOME crowd hero Luke Jackson was taken the distance in his fight against John Mark Apolinario at City Hall last night before delivering on his promise to keep his perfect record intact.

The Australian featherweight champion added the vacant WBA Oceania title to his growing resume and improved his record to 11-0 with a unanimous points decision against his Filipino opponent.

In a victory which will land Jackson a top 15 world ranking and boost his chances of landing bigger bouts, Jackson and Apolinario were evenly matched throughout the 10 rounds.