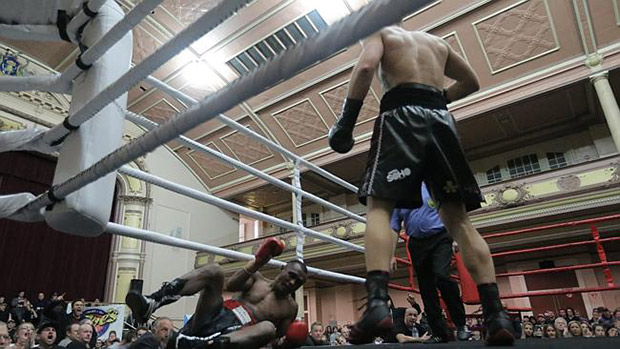 THE homecoming of Luke Jackson ended in perfect fashion at City Hall last night when the former Olympic captain sent Nouldy Manakane packing in the third round.

In front of a huge crowd cheering on his every punch, Jackson sent the Indonesian to the canvas midway through the third round and he never recovered.

It was a fitting result for Jackson, who endured a massive build up to his first professional fight on Tasmanian soil.