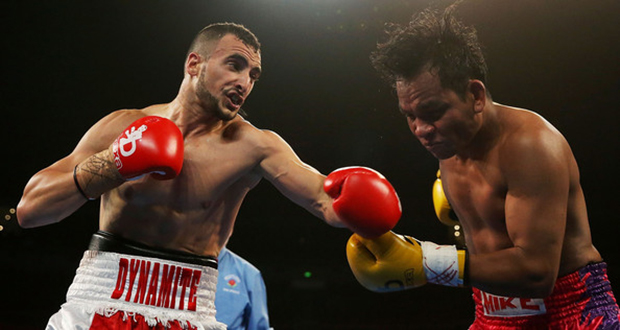 All boxing fans would have heard of Billy “The Kid” Dib, however those who don’t already, will soon know the same of young Ahmed “Dynamite” Dib. Cousin of the aforementioned Billy and older brother of monstasport interviewed and profiled Billel, Ahmed has amassed perfect 12 wins from 12 professional fights, and recently captured the NSW lightweight championship.

Although the title is a big achievement for such a young boxer, you do get the feeling it may prove to be merely a stepping stone as the talented 26 year old looks to make 2014 count. Already having fought twice, it is likely we will see “Dynamite” in action for a third time this year on the undercard of next Wednesday’s pay-per-view card, headlined by Mundine vs Clottey…read story >