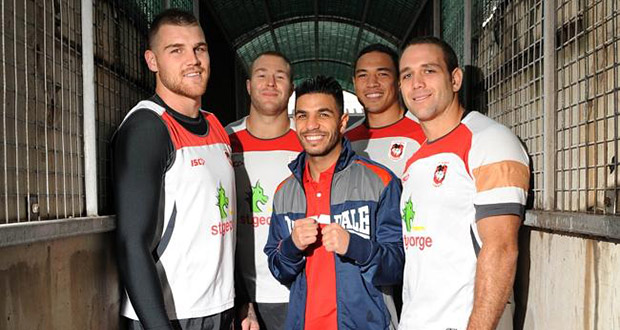 BILLY Dib has revealed that he was convinced to return to boxing by his close friends at the St George Illawarra Dragons.

Dib suffered a devastating world title loss — his first knockout in 36 professional bouts — when Russian Evgeny Gradovich stopped him in the ninth round last November.

The 28-year-old considered retiring following the beating, but after spending the past few months training with the Dragons, Dib is on a renewed mission and has decided to move up to super featherweight to chase another world title dream…read story >