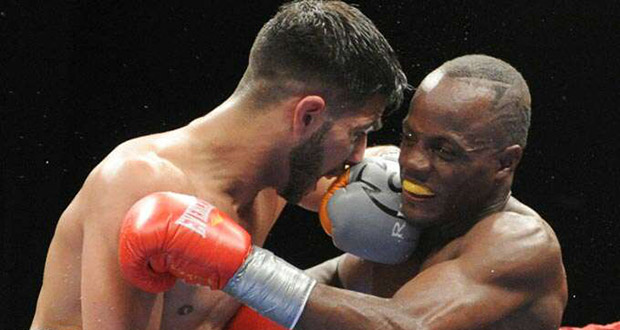 Former IBF featherweight champion Billy “the Kid” Dib (36-2, 21 KOs) won an unpopular majority decision over local favorite Mike “Machine Gun” Oliver (25-4, 8 KOs) on Friday night at the Connecticut Convention Center in Hartford, Connecticut. Dib established a good body attack early on. A low blow by Dib at the end of round two prompted an immediate point deduction from referee Mike Ortega. Dib was deducted another point in round three in round three. which pretty much stopped most of Dib’s bodywork. The bout continued with Dib trying to rough up the crafty Oliver on the inside with mixed results…read story >