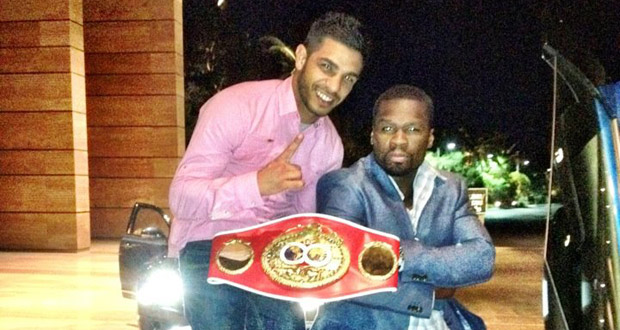 50 Cent, who is best friends with Floyd Mayweather Jr made a shock announcement last week when he became a licensed boxing promoter. He will run the company with Mayweather when the boxer is released from jail in a couple of days time.

RingTV broke the news today that Australian, Billy Dib has signed with 50 Cent, after agreeing on terms in a Chinese Restaurant at the Palms Casino…read more >