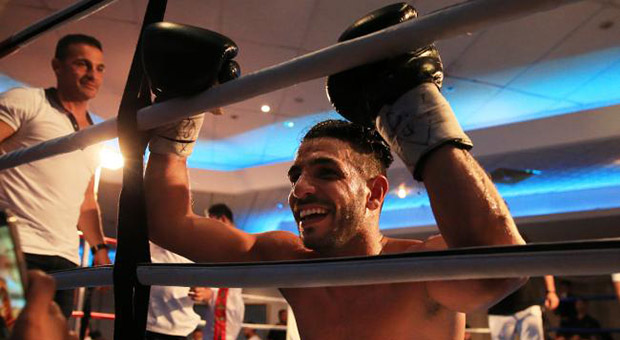 BILLY Dib scored an emotional decision victory in his return to the ring against Thailand’s Sukkasem Kietyongyuth on Friday night.

Dib showed some sublime touches winning a unanimous decision 79-73, 79-72 79-72 to improve his professional record to 40-4 (23KO) at the Emporium Function centre in Bankstown, the same venue he and Sara celebrated their engagement party last year.

“2015 was one of those years you don’t want to remember…it was sad, but you guys helped me put something behind me that has been bothering me,” Dib told the supportive crowd…read story >