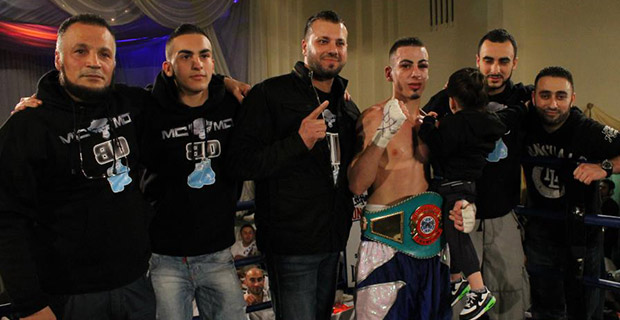 Billel Dib exacted revenge for his loss to Dylan Sendeckyj last year, retaining the Australian Super Featherweight title with an eight round stoppage in their rematch live on Fox Sports Thursday Night Fights from the Orion Function Centre in Campsie, Sydney.

Dib was always in control of the bout, with Sendeckyj looking to make it an ugly affair on the inside but Dib (cousin of former IBF world champion Billy Dib) was able to keep the majority of the fight on the outside picking Sendeckyj apart. Dib picked up the intensity in round five, before finishing it in round eight when he dropped Sendeckyj with a left rip to the body and he was unable to recover…read story >